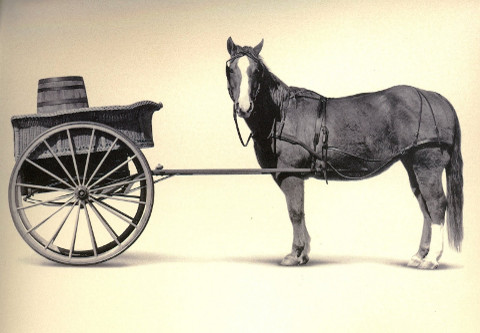 I’d like to tell you about the first time I taught children how to make webpages, which was in 1993, while a “teacher candidate” in the province of Ontario, Canada. There was an Education Resource Centre with a computer lab, an odd collection of Mac II, Mac Classics, and the last working Commodore 64s I saw for many years, and a few early Windows computers. I caught on quickly and soon landed 10-15 hours of gainful student employment each week. I was then, and remain today, an educator first and a technologist only so far as it supports the learners’ objectives.

Placed in a classroom within the (now defunct) Etobicoke Board, I needed the help of the school’s IT director to make sure each computer in the ambitious early 90s computer lab had access to the software they need during an in between my weekly lessons.

In their 2014 report, People for Education find that fewer than 1% of Ontario schools lack technology but it wasn’t the case in the early 90s.

Pause here to picture such a lab, and remember (as you can read on fact sheet 5 of the Census 2001 Highlights Immigration to Ontario Internet site) the Toronto census metropolitan area (CMA) had one of the highest proportions of foreign-born residents of all major urban centers in the world. Ontario’s public schools always reflect the faces of the immigration realities of the moment1.

My host school in 1993 had something else that was very new in those days—it had an IT Director. As it turned out, the relationship we developed revealed a conundrum that persists in organizations of many kinds to this day.

Naturally my lesson was being evaluated, and my course directors and adjunct professor expected the learning design to reflect my ideas and interpretations of such things as the anti-racist philosophy of education the Faculty espoused—and that I’d be the one directing the learning. So it was, in my very first adventures in electronically enhance learning design I quickly discovered that I wasn’t looking for an IT director — what I needed was a “facilitator,” and all the support and deference in executing my ideas the subtle distinction implies.

The third vision is a progressive one. The personal computer is used to amplify human potential. It is an intellectual laboratory and vehicle for self-expression that allows each child to not only learn what we’ve always taught, perhaps with greater efficacy, efficiency or comprehension. The computer makes it possible for students to learn and do in ways unimaginable just a few years ago. This vision of computing democratizes educational opportunity and supports what Papert and Turkle call epistemological pluralism. The learner is at the center of the educational experience and learns in their own way.
—Gary S. Stager, Ph.D.

Among his first questions to me was, why would I want to teach “these children” to write webpages? Maybe he mistook the early 90s fish-eye monitors for crystal balls, because he looked into the third graders’ future and told me they were mostly destined to be “end-users.”

As time passed, under further scrutiny he revealed that he considered his knowledge a territorial matter, requiring security, restricted access, and various other protections. So in my earliest attempt at widening the spread of code literacy I quickly learned that the control of information technology would become a powerful definer of access and privilege.

Quite clearly these attitudes are manifestations of deficit thinking. The relationship that unfolded and the conundrum were as follows: I could not accomplish my goals without him, yet I most emphatically could not let him direct.

More importantly, my grade 3 students could not afford to let him decide their computer science futures, or label them “end-users” with a derogatory connotation.

In the intervening years I’ve seen universities barter and leverage software, educational discounts and lab access in contexts ranging from educational to purely political, from departmental restructuring to instructional design. Technology is not neutral. Technology is political. It is a freedom issue, and an issue of democracy.

…leadership for equity needs to incorporate inclusive procedures such as discussion, transparency, and community involvement as well as an honest treatment of substantive issues that matter (e.g. racism and sexism) […] If we really believe in the ideal of leadership for equity in education, then we need to be aware of the nature of the deficit mentality, its pervasiveness and its dangers. (Portelli , Shields & Vibert, 2007; Portelli & Campbell-Stephens, 2009)

Educators do not need to be programmers to empower programmers. Just as technology support staff must facilitate and help implement the ideas of educational leaders, those leaders must discern and facilitate the educational aspirations of the learners in their charge.

Portelli, John P., Shields, Carolyn M. & Vibert, Ann B. (2007). Toward an Equitable Education: Poverty, Diversity, and Students at Risk. Toronto, ON: Centre for Leadership and Diversity, OISE, University of Toronto.