Abstract: In this paper I continue looking at “race” as a discourse, how that discourse describes, defines, and delineates narratives of race and the narratives themselves. I look more closely at how this discourse permeates the iconography of our culture, and how it presents around ideologies and such notions as identity, agency, and normalcy. Any discourse develops a grammar that helps shape and reinforce the narrative. Yet the discourse of race is unparalleled, save perhaps by that of sexuality, in its ability to partition power and privilege. 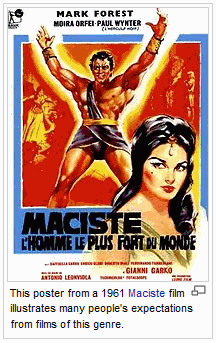 As Robert J. C. Young states so clearly, “…Foucault’s notion of discourse offered an alternative way of thinking about the operations of ideology, both as a form of consciousness and as a lived material practice. The result is a more robust and comprehensive understanding than previously offered by, for example, Marx’s elevation of mainly economic factors” (1995, p. 159). The basic techniques, Young explains, include analysing literary texts, travel logs, memoirs, academic and other writings produced by a subject group during a period of interest. An important goal is to determine “what could be said and what recognized as truth” among these subjects of culture and history (pp. 159-60).

There’s a certain obviousness to the idea of divining the “operations of ideology” from the idioms of the operators, yet it is of course not without implications and potential pitfalls. With discourse and discursive analyses these can manifest in both philosophical and linguistic terms. Before I attend to these it may prove fruitful to provide some illustrations of how conceptualizations of discourse casts both light and shadow upon such understandings.

Sander L. Gilman (1985) is ideally illustrative—he analyses illustrations; his iconography, “Black Bodies, White bodies…” exposes the imagery or symbolism of a body of art specific to the late 19th century1. Gilman establishes the fact and power of myth within the “overlapping and intertwined systems of conventions” held by classes or groups (p. 224). He draws linkages between the conventions of aesthetics and those of medicine to relate how the latter’s elevation to the status of science extended the implicit authority of that status, discursively, onto works of art (Goldberg, 1993). Discussing the obsession with pathology, in particular a pathology of sexuality, that drove 19th century medical discourse Gilman demonstrates how the Hottentot female came to represent all black women, and how black women and prostitutes came to represent all sexualized females. This manifests throughout the artwork of the period (Gilman, 1985, pp. 223-8) but is perhaps most eloquently revealed in the Hottentot-esque derrière of Manet’s 1877 Nana and Picasso’s 1905 parody on Manet’s 1863 Olympia, in which a naked black Olympia is offered fruit by two naked men (p. 253).

In a more recent iconography of a particular period of cinema, known as the peplum or “sword and sandal” period, Richard Dyer distils “…characteristics applicable to all muscleman films and even to most constructions of white masculinity” (1997, p. 289, emphasis mine). Dyer develops two constructs within his conceptualization of the cinematic discourse—body image and colonial narrativity—and then applies them to “other images of white men.” The continuity of discourses within a culture is implicit in his comparison of peplum hero Maciste in a particular scene to the painting of Adam by Michelangelo in the Sistine Chapel. Dyer even comments that this particular icon would be all the more recognizable to the Italian movie consumer (p. 292). This same concept of discursive continuity becomes explicit in the long discussion of Mussolini and Fascism. Mussolini understood and utilized well the power of physique, spectacle—and whiteness—that the producers of sword and sandal cinema mirrored and emulated (pp. 294-9). The specificity of ‘race’ as a discourse is exemplified throughout Dyer’s discussion but is perhaps most tellingly revealed in the perpetual casting of whites in lead roles and blacks as primitives “possessed of a slave mentality:” in various plot lines the white lead actor eschews slavery only to see the blacks in supporting roles choose subaltern positions anyway (p. 307). The discourse maintains, and more importantly sustains the idiom that this hierarchy is not man made but results from the natural order.

The “embedding of transforming racialized distinctions into the ordinary processes, categories and outcomes of reasoning, into Reason itself” become “conceptions of what sorts of behavior morality requires… who is capable of moral action and who is subjected to it, who is capable of moral autonomy and who should be directed,” examples of “conceptualizing the logics of racializing discourse and racist expression” (Goldberg, 1993, p. 148). David Goldberg illustrates how such conceptualizations fuel processes that extend themselves subtly or surreptitiously into the formalized knowledges production—or reproduction—that form our academic discourse: one of the pitfalls of discursive analysis I mentioned above (p. 148). Texts of analysis are no less “framed” in the racialized experience than the subjects they attempt to analyze. Another set of texts populates the domain of racist discourse; Goldberg calls these “expressive” (1990, p. 297). The forms of expression, as we have partly seen, include the scientific, economic, bureaucratic and linguistic, among others, a discursive formation that “consists of a totality of ordered relations and correlations…” (p. 297). Goldberg (1990) makes special note of the linguistic nature of the field of racist discourse by devoting a bold titled section to the grammar of racist discourse. By pointing out how racist discourse informs and infects many others, for but two examples the discourses of colonialism and of sexuality (Foucault, 1990; Stoler, 1995; 2002), Goldberg calls attention to a certain uniqueness of this particular discourse: it can not be so easily unified as it “does not consist simply in descriptive representations of others.” There is no “singular trans-historical stylistic or normative pattern” to racist expression. “The grammar of racist discourse assumes coherence and uniqueness only when compared from the vantage point of the discourse as a whole with another discursive field” (1990, p. 300).

The linguistic nature of any discourse contains obstacles besides the necessity to identify a coherent grammar and syntax. The very vocabulary itself can be suspect. Precise language can illuminate and clarify, such as when Daniel Yon (1999) speaks of the importance of understanding “difference between and difference within” (p. 625, emphasis mine) or even more pertinently reports that “students contest both the “black” and “community” in notions of ‘The Black Community'” (p. 626). Similarly Morris (2005/07), referring to Thesen (1997), spotlights “the way much discourse analyses neglect individual agency and ignore how identities are shaped by practices of labelling and relabelling. […] Language alone is not sufficient for accounting for human experience, nor are subjects merely an effect of discourse” (Morris, 2005/07, pp. 138-9). Beckett and Hager (2002), citing Barbara J. Thayer-Bacon, have the following observation and resulting advise:

Language affects how we view the world, and how we make sense of the experiences we have. But it is also true that much of what we experience remains unnamed, and cannot be reduced to its articulated meanings. I urge people to be receptive and attentive to the inarticulate too, not just what is named (Thayer-Bacon, cited in Beckett and Hager, 2002, p. 167).

Fig. 2.
Makonde sculpture, Mozambique
photo P. Deramaix “…it recalls the community of the village, clan was supported by the patriarch and overcome by the mother”

To understand how language itself, and all the cultural constructs that accompany language—idiom, metaphor, double entendre, “wax and gold2“—frames every conversation and influences understanding one need only consider the familiar predicament of attempting to tell certain jokes to someone who grew up speaking another language. Certain things don’t translate, and when translated their meanings may change… and when their meanings change neither party may know or recognize the extent or direction of the miscommunication. Perhaps, as Robert Young (1995) challenges us to ponder, all knowledge really is phantasm, and knowledge production necessarily creates the reality it attempts to describe. This is why, he tells us, Spivak chooses to “focus on the kinds of exclusion produced not only by colonialism itself but by current forms of understanding… an interrogation of, as she sees it, the increasing commodification in academia of the category of ‘marginality’ itself” (pp. 162-163, emphasis mine). This sounds much like the conclusion Karl Popper drew, that “Darwinism is not a testable scientific theory but a metaphysical research programme” (1976, p. 151). But he continued, “And yet, the theory is invaluable. I do not see how, without it, our knowledge could have grown as it has done since Darwin” (pp. 171-2). This is precisely what Young means by, “at worst [this controversy produces] a certain lack of historical specificity. At best it has resulted in greater attention to the reality of the subaltern thorough the history and testimony of those colonized (1995, pp. 160-161).

In illustrating the conceptualization of race as discourse it has been impossible not to refer to other discourses, a function of the interweaving and interdependency of all discourse. Yet no discourse commands quite the power as that of ‘race’ to partition power and privilege, and none has inspired such energy to contrive and control ideologies of difference. Race has increasingly become the whispered discourse, while that of sexuality is louder than ever. Yet there is no mistaking the relationship between the two. Stoler (2002), summarizing Foucault (1978/90), states that “racial discourse was a part of the technologies of sex that arose in the eighteenth century to regulate sexual conduct and by which populations could be expanded and controlled” (p. 149). If Foucault missed the significance of an “imperial politics of exclusion… reworked… on colonial ground” (Stoler 2002, p. 151) he nonetheless referred to the “symbolics of blood” to illustrate how one discourse literally shaped and steered another (Foucault, 1978/90, pp. 148-50), all the while fuelled by, and fuelling, a cultural machine—itself a machine of culture. Hegel’s dialectic is one of thesis, antithesis, and synthesis; Marx stands that dialectic on its head. In such a picture it seems to matter little whether “modern racism appears as a consequence of that class body in the making” or race was “constitutive” of the making (Stoler, 2002, p. 152).

Banton, M. (2000) The Idiom of Race: A critique of presentism. In Back and Solomos (Eds.) Theories of Race and Racism: A Reader. London: Routledge.

Goldberg, David T. (1990) “The Social Formation of Racist Discourse” in The Anatomy of Racism, ed. Personal author, compiler, or editor name(s); click on any author to run a new search on that name.Goldberg, David Theo, Minneapolis: University of Minnesota Press.

Yon, Daniel A (1999) ‘Pedagogy and the “problem” of difference: on reading community in The Darker Side of Black’, International Journal of Qualitative Studies in Education, 12 (6), 623-641.