Horst Willhelm Jakob Rittel taught design and architecture for over 30 years but never designed a building. Horst Rittel matters because he saw a connection between science and design and was able to articulate it to designers. He recognized that the definition of a problem is subjective and comes with a point of view. When you think this through it reminds us all “stake-holders” hold a stake in any problem’s outcome. The more diverse the stakes, the more fluid definitions become, and ultimately the harder it becomes to define the problem. It’s a problem of moving goal posts and answers that lead to further questions. Rittel named such problems wicked problems, problems that are not so much “solved” as they are “tamed” (Rith & Dubberly, 2006).

One cannot understand the problem without knowing about its context; one cannot meaningfully search for information without the orientation of a solution concept; one cannot first understand, then solve.
—Horst W.J. Rittel

Taming wicked problems requires many people, which I suggest is why personal learning networks and communities of practice appear. The process of making arguments is key to taming wicked problems. Therefor design is political. Rittel introduced Issues Based Information Systems (IBIS) first in paper form and later in digital form, a body of work considered seminal to the line of inquiry within computer science known as design rationale (ibid.).

Education reform is a wicked problem.

Christenesen et al. (2008), of Harvard Business School, in a book I immediately recognized as a blueprint, perhaps The Blueprint, for marketization-based education reform, includes this representation of how the different aspects of a wicked problem interact, how many simultaneous actors and scripts may be at play, and suggests strategies—”proven in business”—to deal with such a problem. They rightly note that education discourse in the USA today falls in the lower left quadrant, where fiat, threats and coercion are the recommended strategies for change, and we see that notion realized in the types of reforms being advocated by corporate operatives such as Michele Rhee, and adopted by the US Department of Education under Arne Duncan. What reformers such as Rhee, who profits directly from the reforms she’s been given license to impose, and Duncan, who seems to have read too much Christensen and not enough Arne Duncan since his Harvard days, also demonstrate is that, just as Rittel might predict, such solutions, based mainly in the experiences of one small faction among stakeholders, can only create more problems. Christensen et al. inadvertently establish the case for holistically building consensus, a process that everyone agrees takes considerably more patience and commitment. “Failing to recognize the “wicked dynamics” in problems, we persist in applying inappropriate methods and tools to them.” (Conklin, 2010) 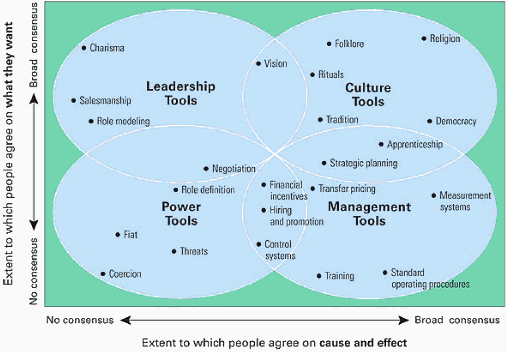 Fig 1. Ed Reform, A Wicked Problem — Level of agreement on cause/effect vs that on solution/way forward; overlapping interests; strategies for resolution from Christensen et al. (2008)

Twenty-first Century Teaching is a wicked problem (even far from the spectre of US-style reform!) Technology is often touted as a great equalizer, but we’ve all seen how total dependence on it can ruin your whole day if it fails, and we all know it’s not often equitably distributed. Giving technology centre stage, claiming it’s a panacea, ignores the social complexity, of learning environments. Jeff Conklin (2005) defines social complexity as “the number and diversity of players who are involved in a project.” Social complexity leads to fragmentation, his word for the lower left quadrant where no one agrees on where they are, how they got there, or where to go next.

Conklin goes on to describe a 1980’s study at the Microelectronics and Computer Technology Corporation (MCC) that looked into how people solve problems, an experiment in which the exercise was to design an elevator control system for an office building. In the figure below the green line shows how a typical designer was actually observed to operate while solving the problem and the red line shows the traditional, top down, prescriptive approach sometimes described as a “waterfall” approach. 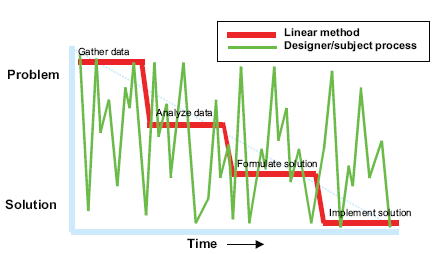 Figure 2: Pattern of cognitive activity of one designer – the “jagged” line Conklin (2005)

Each peak in the green line can be understood as heading “back to the drawing board,” yet each return to the drawing board carries all the experience of the previous attempts. By contrast the Christensen/business school strategy of breaking out the power tools (the book’s euphemism for threats, fiat and coercion) is an admission of failure to understand the problem that is doomed to never find a solution. The only cure for fragmentation is coherence. Coherence is a fundamental quality of communities of practice: shared understanding and shared commitment (Conklin, 2010; Smith, 2003, 2009).

Christensen et al. are quite right when they tout the virtues of a shared language, and I still believe educators should learn the meanings of their entire vocabulary, not just “power tools.” But they fail to evolve past that point. The Ethiopian alphabet has over 200 characters, but it’s an entirely phonetic system. I memorized their forms and names at age 11 and discovered that if I said them quickly enough so that they flowed together it sounded as if I was speaking Amharic—yet I understood not one word. Shared understanding and shared commitment are exponentially more advanced than mere word recognition. There seems to be a faint understanding of this in the Christensen /Harvard Business School model, indicated by use of the term Culture Tools, but the list of tools disappoints, and the apparent relative importance of democracy is downright alarming.

But even more alarming are the ways we traditionally approach wicked problems.

Because of social complexity, solving a wicked problem is fundamentally a social process. Having a few brilliant people or the latest project management technology is no longer sufficient.
Jeff Conklin, Ph.D.

Whether your objective is to teach “21st-century skills” to “digital natives” in a mutually engaging manner, or to reform the education system of an entire country so that such teaching and learning can become the norm you must first stop the blame game and start seeking shared understanding. If consensus building is “too difficult,” or “takes too long” then you are not a wicked problem tamer—you should put down the whip and leave the ring. You will never achieve shared commitment by coercion, and if you think you have you will soon be proven wrong. Resorting to power tools—seizing school boards, mass firings of teachers, replacing schools, and removing “bad” students who skew your faulty measurement system in ways you’ve defined as disadvantageous to your agenda—indicates you have already failed. Such tools are themselves problems, not solutions.

Conklin, through the CogNexus Institute, markets a strategy branded Dialog Mapping, described as “a powerful approach for addressing the problem of fragmentation, as it allows a diverse group of people to generate coherence around wicked problems.” Coherence is not the solution—remember wicked problems have none—but it is the precursor of dialog and the prerequisite of progress towards shared commitment. Teachers can change the world of their classrooms to reflect 21st-century realities, by rethinking rules around cellphones, opening up planning to parents and students, venturing into digital realms of social media where many (not yet all) of their students live, but they can not do it alone. Governments must abandon and forswear top down power tool usage, hand over the keys and let the educators drive. Educators must remember the journey is long with no “stopping rule” and therefor not expect to do all the driving all the time. Blame and finger pointing are sure signs of failure—dead ends. Success begins with dialog, inspires compassion, and brings about commitment.

Duncan, A. (1987), The values, aspirations and opportunities of the urban underclass, Boston, Harvard University